Malawi is best known as one of the friendliest and safest countries in Africa. It is therefore called 'the warm heart of Africa'. But in addition, Malawi is one of the poorest countries in the world, where more than 65% of the population lives below the poverty line.
During the long dry period from April to November, hardly any crops can be grown. Electricity and running water are an exception outside the major cities. Medical facilities are extremely limited, which means that large parts of the population have little or no access to medical care. The average life expectancy in Malawi is 64 years.
On this website you will find information about the work of the Help to Malawi Foundation.

In March 2012, we (Jan Meijering and Nico van Basten) established the foundation 'Hulp aan Malawi' (Helping Malawi). The targets of the foundation are mentioned in the statutes. 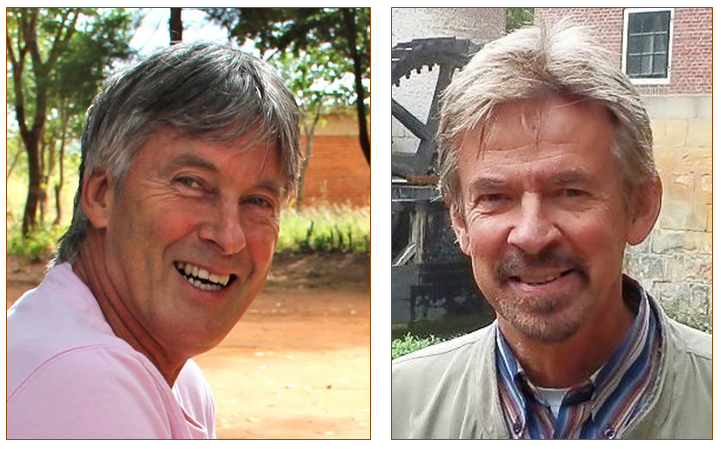 In March 2012, the Help to Malawi Foundation was founded by Nico van Basten and Jan Meijering. The aim of the foundation is to improve the living conditions of the inhabitants of Malawi, especially in the district of Kasungu, in the north of Malawi.

When providing assistance to Malawi, we have the following in mind:

In 2012, the foundation started an irrigation and food production project in the community of Kakwale. (see report and photo report).

At the end of 2013, the cultivation of more diverse products was also started, such as groundnuts (CG7-nuts).

In April 2014 there was another project trip.

At the request of the population, the food and irrigation project in Kakwale has been significantly expanded. In addition, during this trip it was decided to put our shoulders to the wheel to realize a health clinic in Kakwale.

You can see the report and photos of this trip on the blog of this website,

In August 2016, the health clinic in Kakwale was completed by 31 Edenaren in collaboration with World Servants and the local population.

In the period from August 2016 to July 2018, the clinic with the staff housing was further completed and the furnishing of the clinic was provided by our foundation. The majority of this was collected in the Netherlands and purchased where necessary. In July 2018, four large boxes containing the necessary equipment and resources were transported to Malawi.

In September 2018, six people from our foundation went to Malawi and – together with the population and other stakeholders – removed the items from the crates and placed them in the clinic. Subsequently, on September 14, 2018, during a festive ceremony, the clinic was handed over to the government. The clinic will actually be in use from mid-December 2018.

In April 2019, there was a set-up trip of two members of the board to make preparations to set up home care in Kasungu district (Kakwale and Kaluluma).

In October/November 2019, three people from our foundation went to Malawi for almost 7 weeks to actually start up home care and the foundation shipped a container with 30m3 of medical and dental equipment to Malawi for several clinics and hospitals in Malawi. An extremely successful project trip! See also the blog on the website for more information and photos.

Preliminary research has also been carried out to set up a new integral agricultural project for healthy food that started in 2020.

In the spring of 2021, a nurse went to Malawi to further shape the previously established home care project "Home Based Care".

This will be followed up in November of this year by means of a new visit.

Reactions to the content of this website are welcome at info@hulpaanmalawi.nl. You can also place comments in the guestbook